The James Newby medal, named after IAESTE’s founder, is presented to members at our Annual Conference as recognition for their commitment and dedication to IAESTE, being role models for IAESTE values and their contribution to international projects. The medal is awarded by colleagues who nominate those they feel have best represented IAESTE values in the last year - commitment, trust, diversity, growth and friendship.

Mary received the award for transforming the programme in NI - making a big difference to a lot of young #STEM students' lives and her contributions on the international level. Well done Mary!

Also receiving the award this year were Seyed Reza from IAESTE Iran, especially for his efforts to transform IAESTE exchange to an all-year-round system and Anders Fredén from IAESTE Sweden, especially for his cooperation in setting up our project with Electrolux, and both of them for being role models for IAESTE values and their contributions on the international level.

All three winners are making valuable contributions and leading by example in our quest to reach 10,000 international student exchanges per year by 2025. 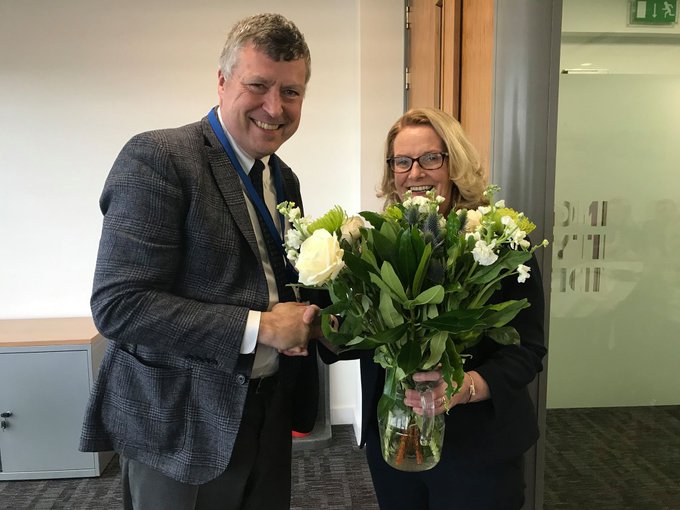